The Athletics team trains at the Paolo Rosi Stadium, Via dei Campi Sportivi, in the following days:

The Luiss Top Athletes of Athletics

Born in Sorengo on October 12, 2000. Card-carrying GHS Simplon 82. In 2020 he conquered the Italian record of 400 mt in his category. In 2018 he placed third in the mixed 4X100 relay at the European Championships in Berlin and second in the 4X100 amputee relay. In 2017 he finished second on 400mt at the World Youth Championships in Nottwil and third on 200mt and 100mt. Enrolled in the degree course in Economics and Management 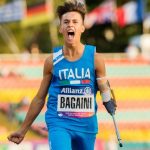 Born in Rome on 1 December 2000. She dominated the national 800-metre races running in an extraordinary 2:04.63. At the 2018 U20 World Athletics Championships in Finland she set a new Italian record in the 4×400 women’s relay race.

Born in Civitanova Marche on 1 June 1992, he is an Italian altista, World Indoor Champion in Portland 2016 and European Champion in Amsterdam 2016. He holds the national record both outdoors and indoors. In his career he also won a bronze medal at the European Junior Championships in Tallinn in 2011 and four Italian titles between indoor and outdoor. 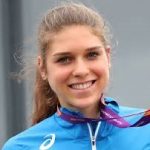 If you want to join the team send an email to sport@luiss.it

In the subject specify the sport you want and attached a short sports curriculum.

You will be contacted by the Luiss Sport Office or directly by the Team Manager of the team.